The Irish Whiskey Technical File (see yesterday's article) takes no sides on the spelling question. Label it Irish Whiskey or Irish Whisky, according to your like or dislike of the letter e.

I think that's a mistake.

Yes, I know that up until little more than three decades ago, the non-e variant still had some currency in Ireland (Paddy Whisky was the last holdout). But then the one remaining distiller on the island standardised on whiskey and every Irish whiskey brand since then has embraced the convention.

It is a wonderful, accidental gift to marketers that should not be lightly relinquished. Those in the distilling business forget, I think, how mysterious and intimidating whiskey is to the uninitiated. What's it made from? How do you turn grain into alcohol? What does an age statement mean? What's the difference between bourbon and scotch? And so on.

The one tidbit of knowledge that people around the world find easy to latch on to is that Scotland spells it whisky but Ireland prefers whiskey. The to e or not to e thing appears in myriad forms in the headlines of hundreds of articles. It immediately establishes that Irish whiskey is somehow distinct from scotch. And it is a beachhead from which the curious can strike out to explore a new landscape.

There are already those in the Irish distilling game plotting to erase this fortunate distinction. Peter Mulryan of Blackwater Distillery has declared for the opposing side. Everything he says in that article is correct. Yes, it's pure marketing. But that's more than enough reason to preserve the e. 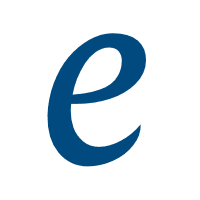 On a related topic, I would like to commend the hidden hand who added this line to the Technical File:

Yes! Not whiskies. That would be the plural of whisky. This shouldn't be news to anyone; we are just following the most routine conventions of English. But it's regularly stuffed up by all the distilleries in press releases and other marketing bumph. The Irish Times gets it wrong. The Irish Whiskey Society gets it wrong.

I often see both whiskies and whiskeys in the same piece, which proves it's not a conscious choice, just carelessness.

So, choose whisky or whiskey when you pick up your pen. But whichever one you select would you please confine yourself to the correct, corresponding plural. Thanks!
Share
‹
›
Home
View web version